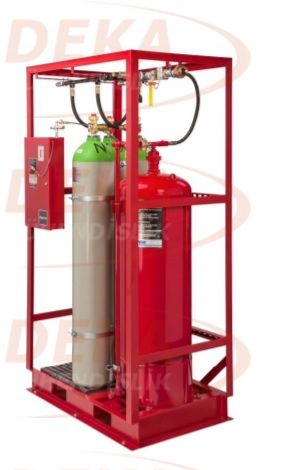 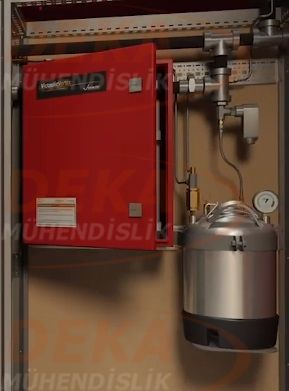 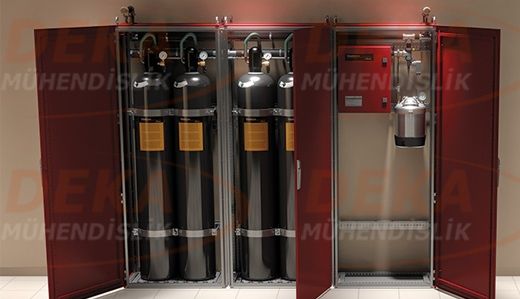 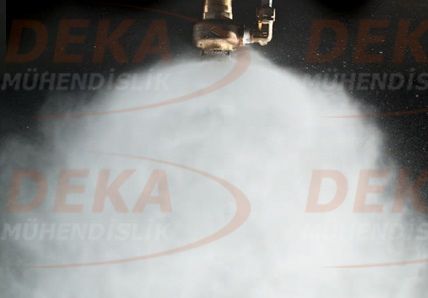 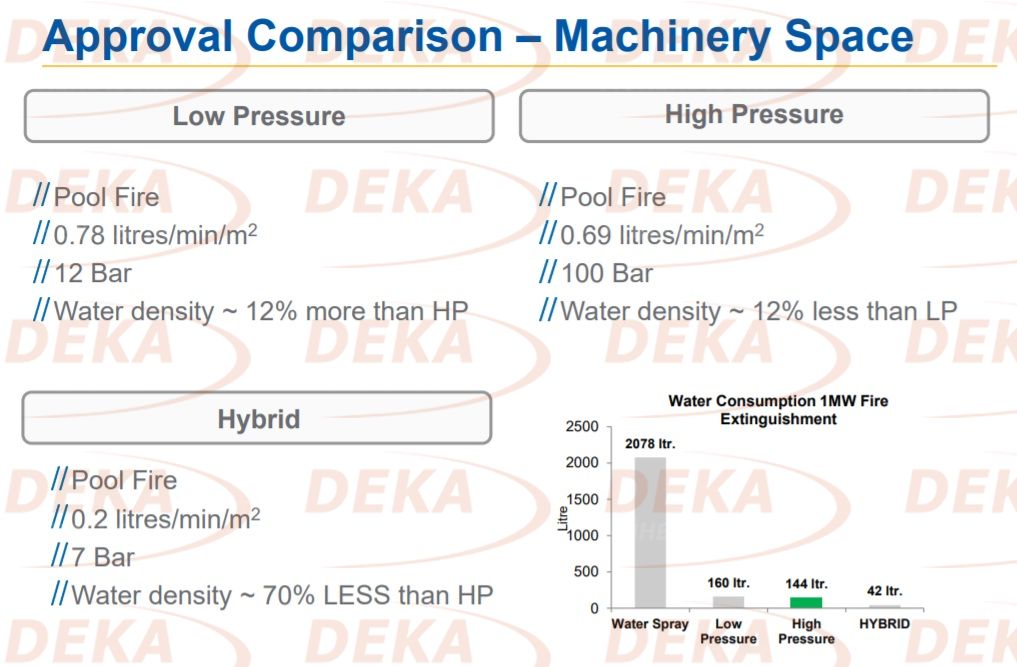 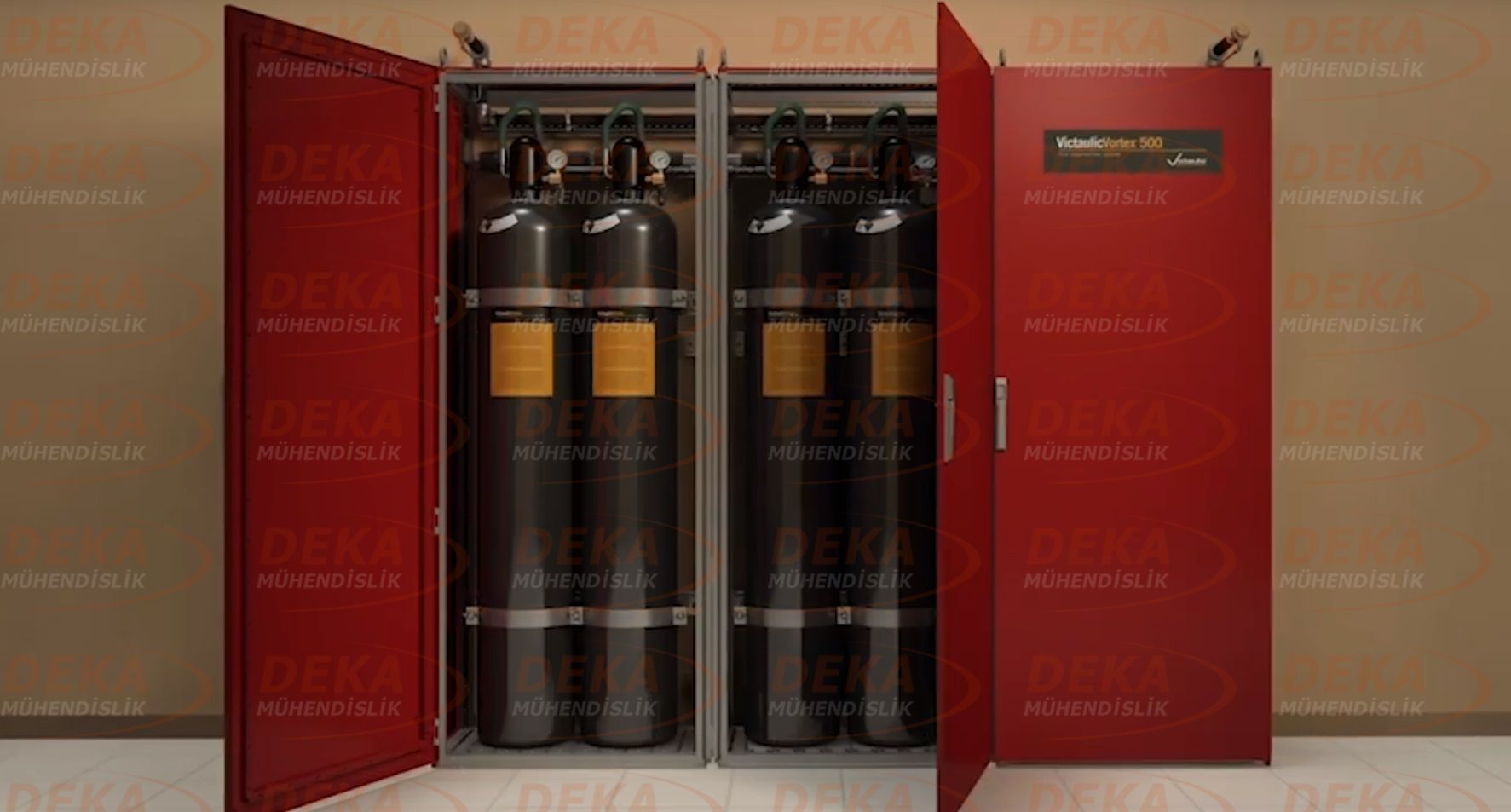 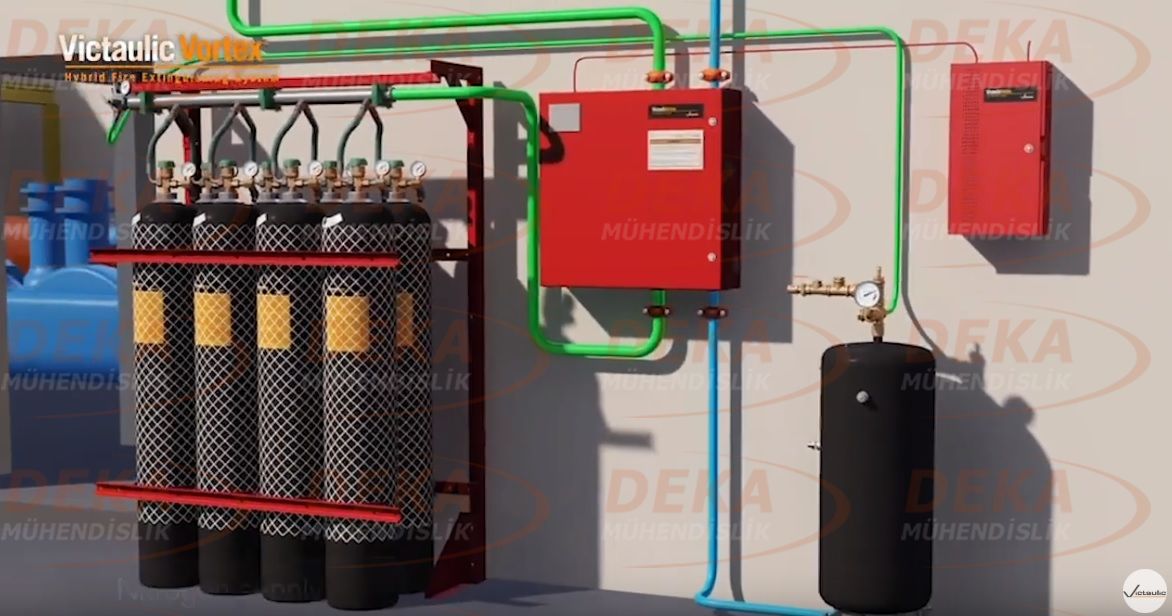 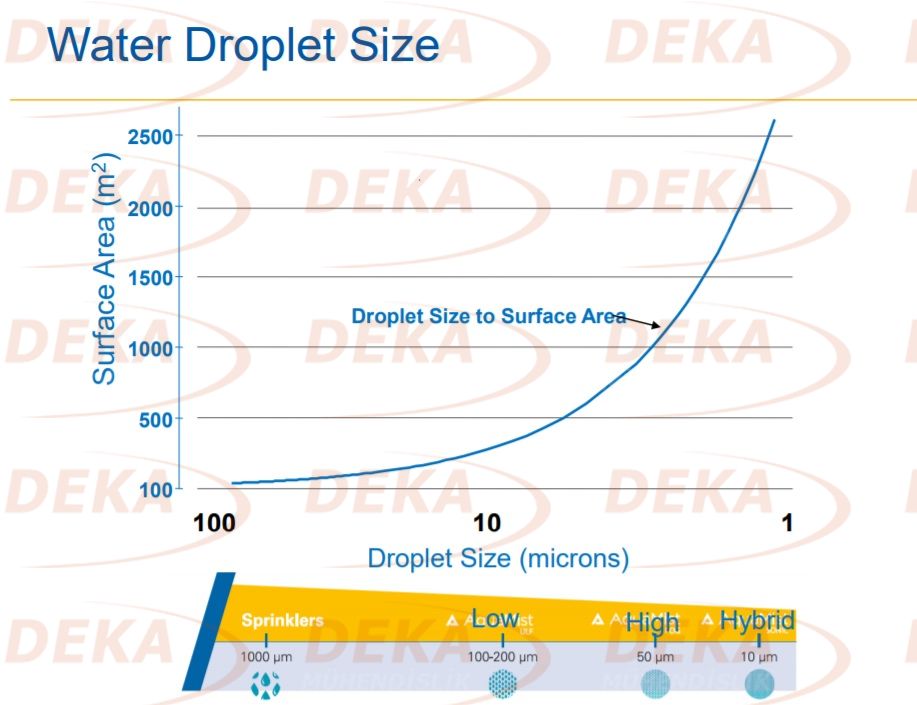 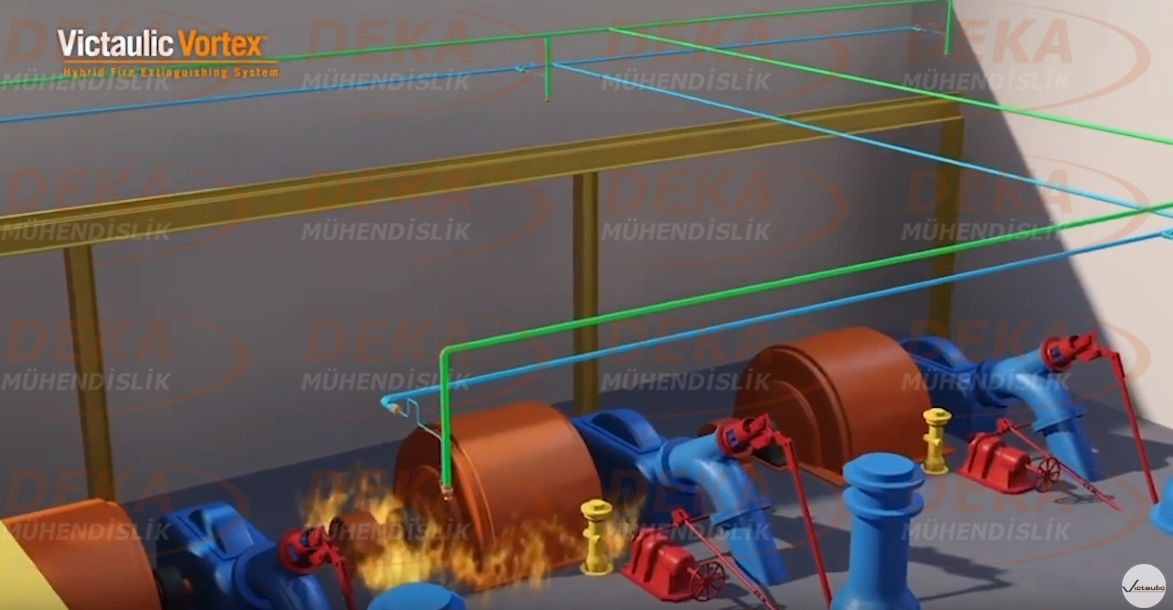 Hybrid water mist application applied as total volume and local application protection is designed to take advantage of water mist and inert gas applications. Tests have been carried out according to FM 5580 and it is a new generation application that has received FM approval. Although water mist NFPA 750 and clean gas extinguishing systems NFPA 2001 standards are used for the hybrid system, NFPA 770 has been evaluated as a new standard, has not yet been completed and published.
In classic water mist, water droplets are smaller than 1000 microns in diameter. In the hybrid water mist, the water droplets are reduced to 10 microns in diameter and extinguishing is achieved.

It has been tested in 5 performances as fire extinguishing, fire suppression, fire control, temperature control and exposure control. Limitations typically due to the reactive properties of water with certain materials. It was used in the first American army in 1996 as water fog and halocarbon.

4 tests were carried out with a door of 0.9m width and 2.2m height is open in a volume of 260m3. Integrity is not requiered.

The fires were given an average pre-burn time of around 20 seconds.

According to the tests,

In the classical water mist application, oxygen should be 16% at extinguishment. There is a small change in the oxygen level in the air. It is a dry application.

In the classical gas extinguishing systems, oxygen should be 12.5% at extinguishment. A low oxygen level is required for extinguishing. It is a dry application.

In the hybrid system application, oxygen should be between 12.4% and 16% at extinguishment. Low oxygen level and water are required for to extinguish fire. It is a dry application.

Comparison of hybrid system with other classical methods: