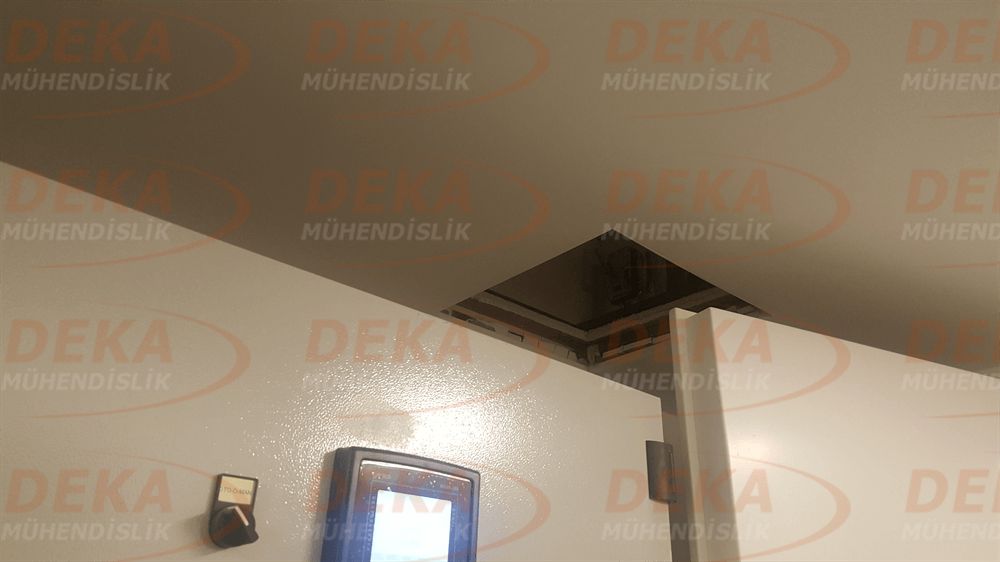 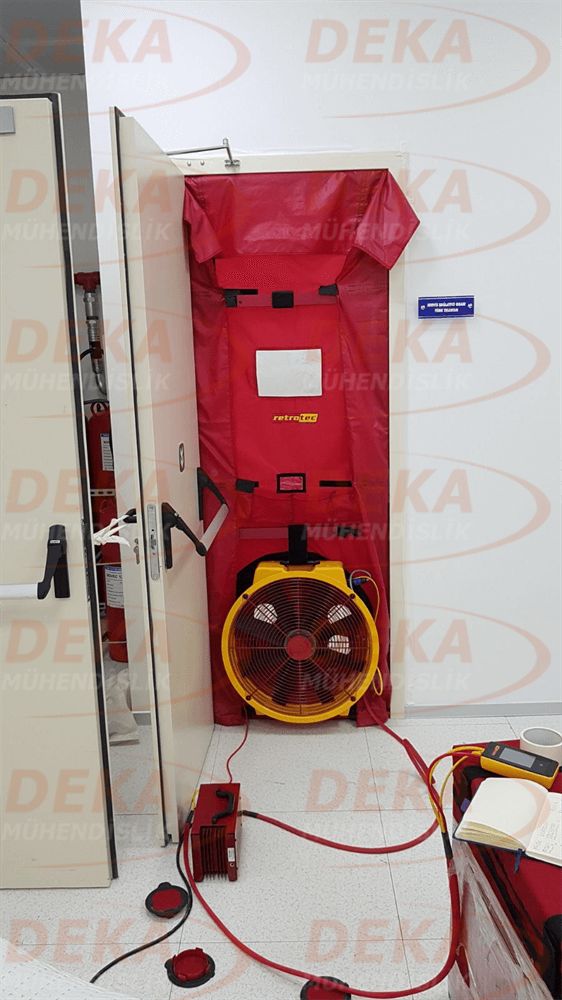 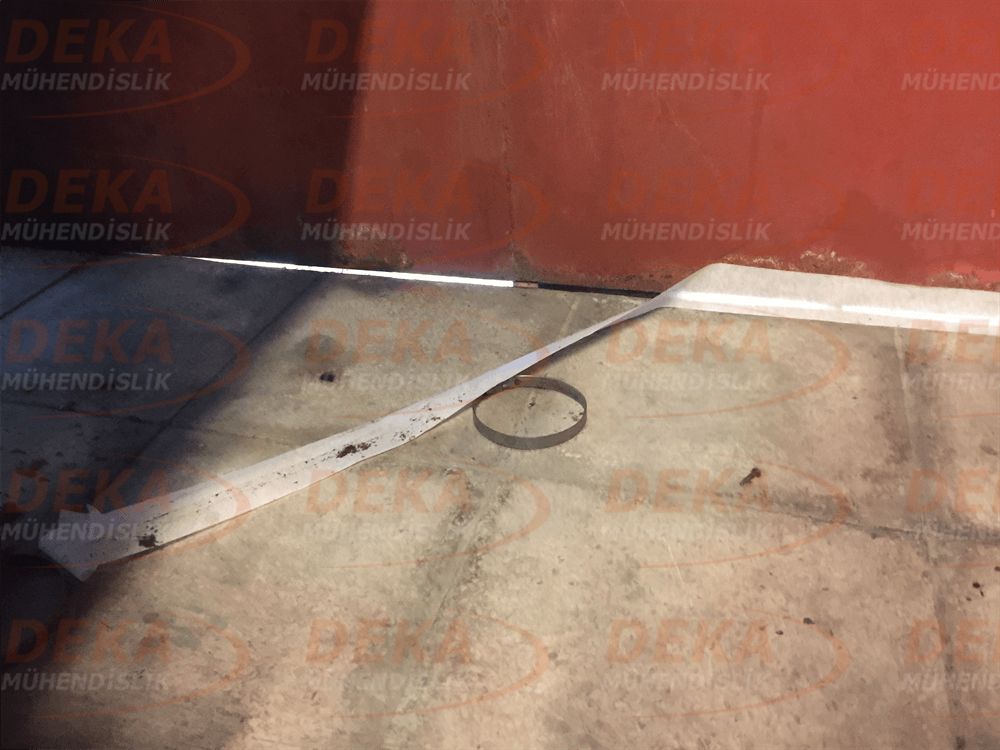 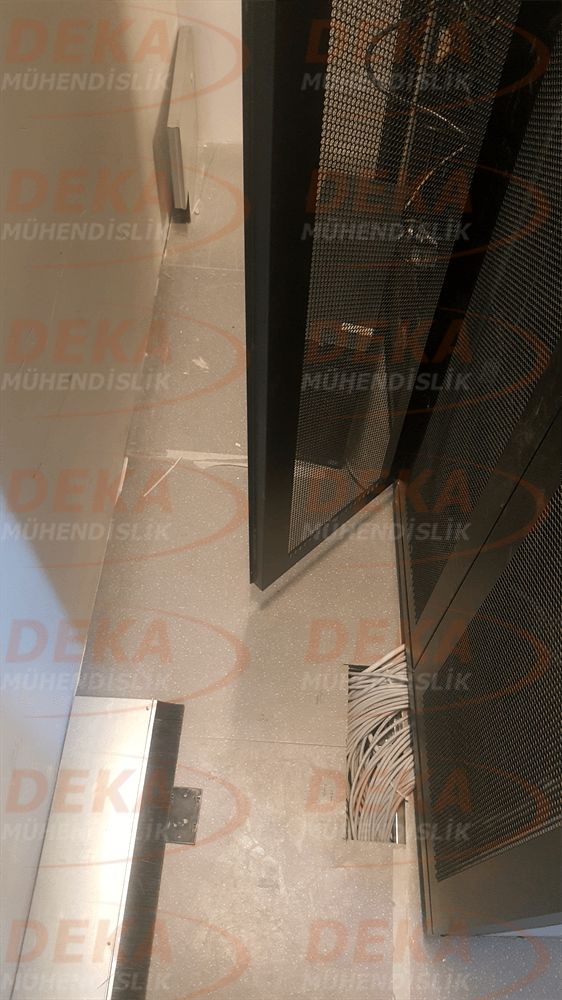 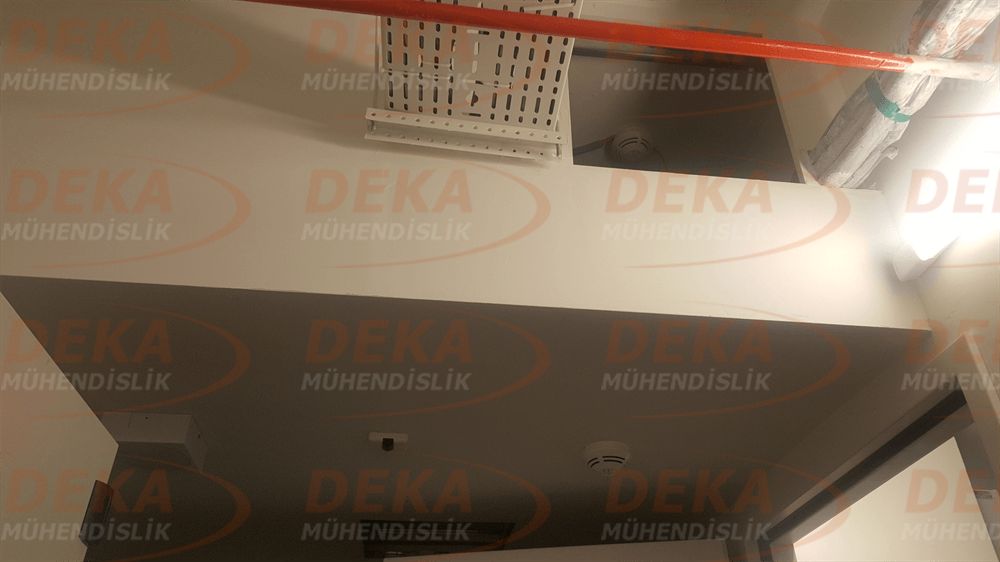 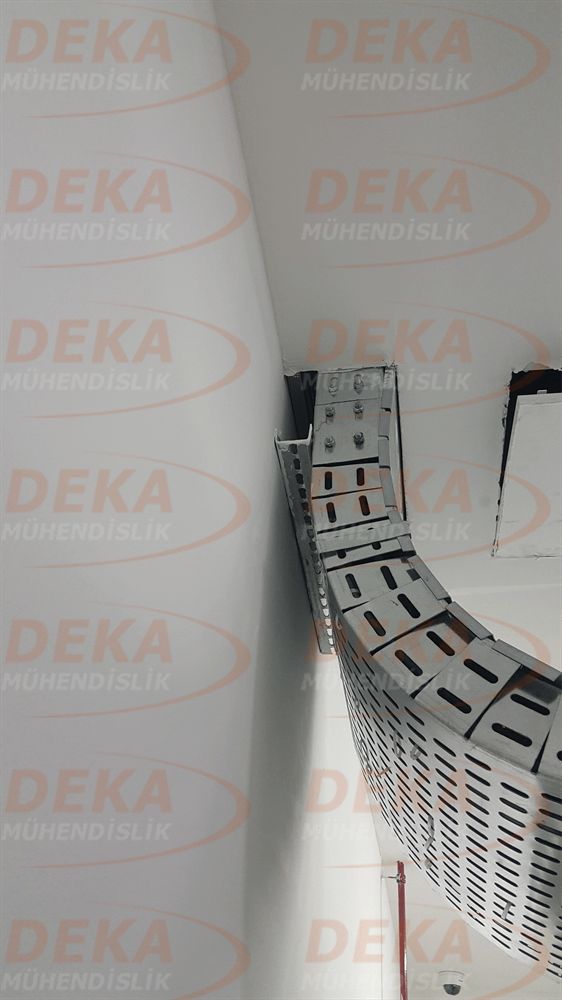 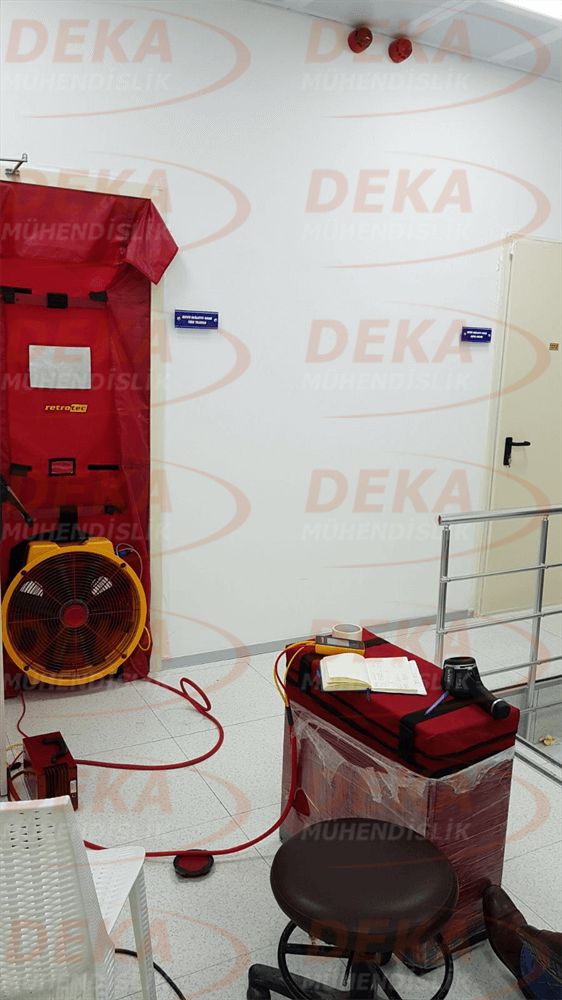 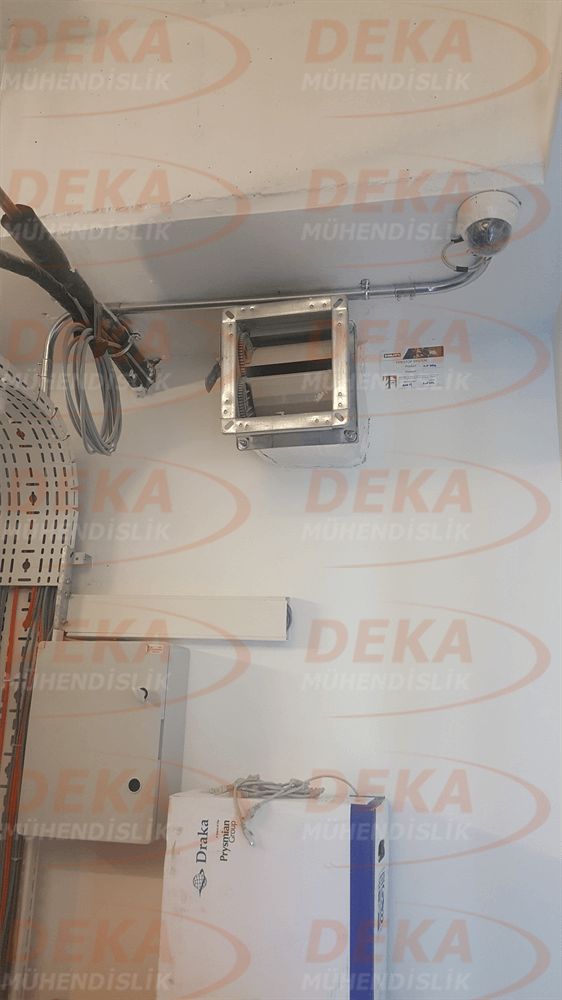 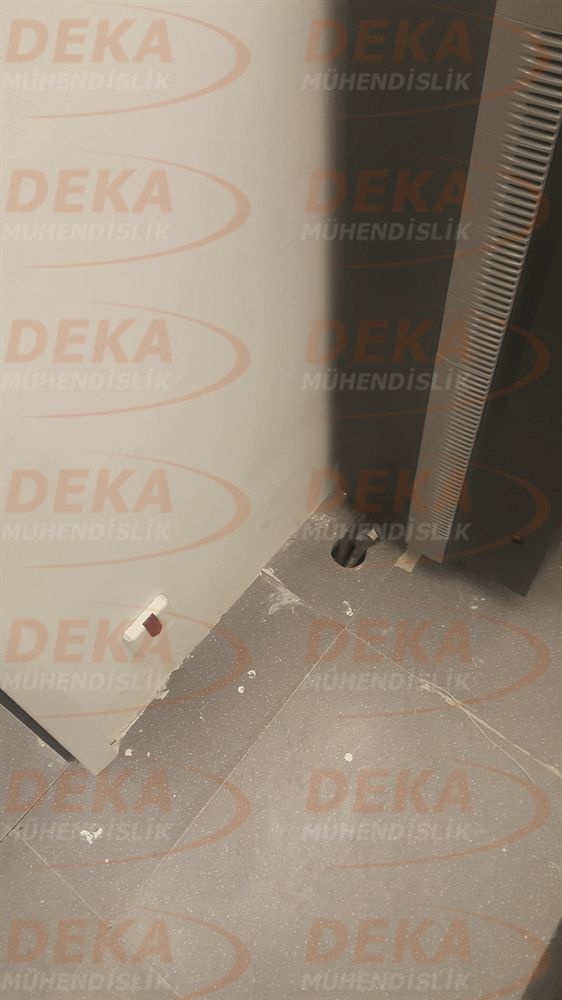 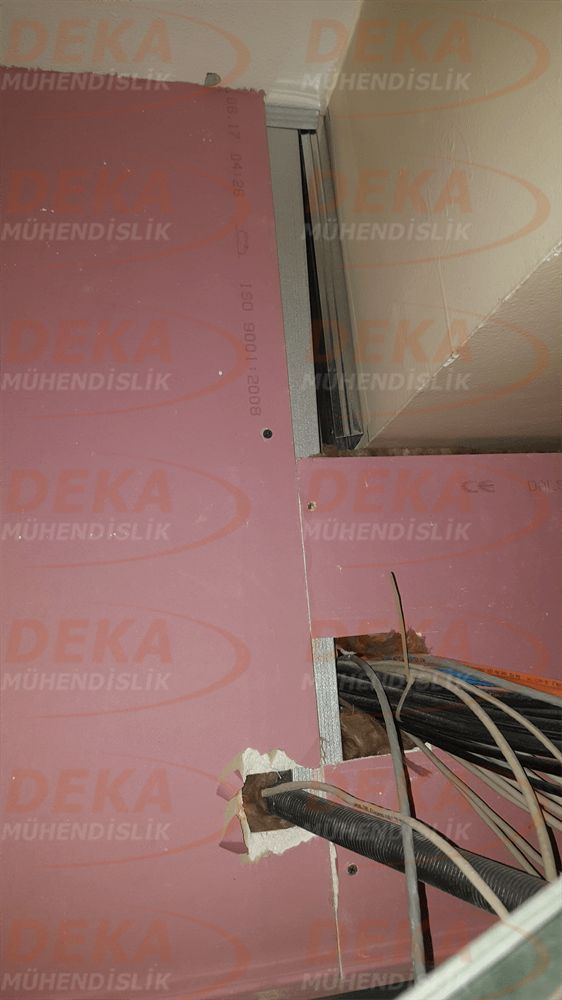 Gas extinguishing systems with FM 200 (HFC 227 ea), Novec 1230 (FK-5-1-12) and inert gas (IG 01, IG 55, IG100, IG 541) gas fighting systems are used with total volume protection. It mixes homogeneously in the air and reduces the oxygen rate in the environment below the combustion and extinguishes the fire. The volume must be fully sealed. Otherwise, the gas will escape with the air and sent to out of the room. In the volume, the oxygen level of the air rises again and it is faced with situations such as reignition and fire not going out.

Volumes to which gas extinguishing system will be applied are subjected to leak test according to NFPA 2001 Annex C. It is limited to test only with door fan test application. With this test, the maximum and least possible openings in the volume are determined. Depending on the gas concentration in the room and the openings that cannot be closed, how long the minimum concentration will be maintained in the room is determined.

In clean gas extinguishing systems, the condition that the extinguishing gas remains at least 10 minutes in the minimum design concentration within the volume to be protected is considered. Gas residence time varies in proportion to whether the internal air conditioning system will operate at the moment of discharge. Generally, air conditioners and dampers are closed in case of fire. If the air conditioning system is turned off during the discharge of gas, the level of the gas in the environment should not be lower than 75% of the minimum room height after 10 minutes. This level can be determined by evaluating the highest device in the environment as the highest level, by people or institutions competent to make decisions. If the air conditioners will continue to operate during and after discharge, the concentration value of the gas in the environment after 10 minutes should not be below the minimum extinguishing concentration value.

The purpose of the leak test; to determine the leaks in the room on the basis of area (cm2) and to calculate how long the gas can stay in the room. The test is done with the help of a fan. First, the volume to be protected is pressurized. Afterwards, the air in the volume to be protected is expelled. During these operations, the air pressure passing through the door fan is measured with the help of manometers. These values are evaluated by an approved computer program. As a result of the differential difference, the leaks of the room are calculated by the computer program.

If the volume of the gas to be protected and protected by gas extinguishing systems cannot be closed and cannot be seen, the chamber will pass the leak test if the gas is allowed to remain in the volume for 10 minutes. It is imperative to improve the tightness of the room in volumes that fail the test. Generally, some of the problems we encounter in cable wall, floor and ceiling passages, cable trays wall, floor and ceiling passages, construction gaps under door sills, window openings, no using leak-proof doors, dampers are not sealed and not fully sealed.

Tests and calculated results are reported. Door fan test report should include; the date of the test, to whom and to which volume the test was made, the name and surname of the user representative accompanying the test, the room volume to be protected, the brand model and serial number of the test device, the measured air characteristics, the amount of opening calculated for 10 Pa, the type of the extinguishing gas, the design of the extinguishing gas concentration, the time in which the gas remains at the minimum concentration in the room, must be stated in the report that it has passed or remained in the leak test.